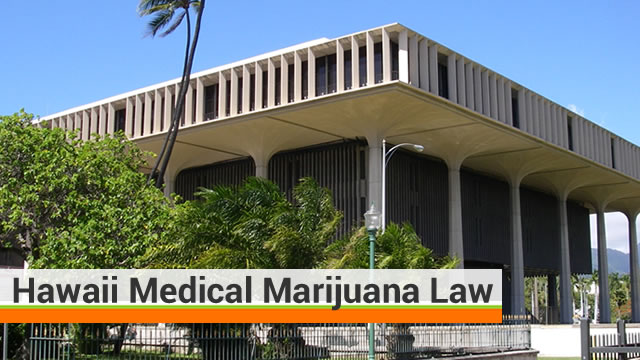 Hawaii was the first state to establish a medical marijuana program by legislation rather than by ballot initiative.1

Hawaii’s medical marijuana program was authorized by Act 228, Session Laws of Hawaii 2000. Act 228 became effective on June 14, 2000, and is codified as part IX, chapter 329, Hawaii Revised Statutes (HRS) (entitled “Medical Use of Marijuana”). The Department of Public Safety adopted administrative rules to implement the provisions of Act 228 on December 28, 2000.

Similarly, section 329-126, HRS, provides that “[n]o physician shall be subject to arrest or prosecution, penalized in any manner, or denied any right or privilege for providing written certification for the medical use of marijuana for a qualifying patient[,]” so long as the physician strictly complies with the requirements of the program. The cumulative effect of these protections is the removal of state-level criminal penalties for the medical use of marijuana by qualifying patients. Section 329-121, HRS, defines “medical use” as “the acquisition, possession, cultivation, use, distribution, or transportation of marijuana or paraphernalia relating to the administration of marijuana to alleviate the symptoms or effects of a qualifying patient’s debilitating medical condition.”

A qualifying patient is generally allowed to select a primary caregiver, a person of at least eighteen years of age who agrees to undertake the responsibility for managing the well-being of the qualifying patient with respect to the medical use of marijuana.3

Section 329-121, HRS, also states that “[f]or the purposes of ‘medical use’, the term distribution is limited to the transfer of marijuana and paraphernalia from the primary caregiver to the qualifying patient.” 1 Alaska, California, Maine, Oregon, and Washington established medical marijuana programs by ballot initiative prior to the enactment of Hawaii’s Act 228.2

Although the Hawaii medical marijuana program is currently administered by the Department of Public Safety, the program will be transferred to the Department of Health, beginning January 1, 2015. See discussion of Recent Developments, infra. 3 In the case of a minor or an adult lacking legal capacity, the primary caregiver shall be a parent, guardian, or person having legal custody. Section 329-121, Hawaii Revised Statutes (HRS).

IMPORTANT!
If you’re new to this section, be sure to review 2015 Hawaii Medical Marijuana legislation archive.

SB1180 HD1 (HSCR 1621) RELATING TO EMERGENCY SCHEDULING OF CONTROLLED SUBSTANCES. Introduced by: Kim D (BR) Amends provisions relating to authority to schedule controlled substances. Requires the administrator of the narcotics enforcement division of the department of public safety to assess the degree of danger or probable danger of and in making a determination if a substance should be emergency scheduled. Requires the department of public safety to post a public notice 30 prior to the effective date of the emergency scheduling action at the state capitol, in the office of the lieutenant governor, and on the department’s website for public inspection. — SB1180 HD1 Committee Reports: SSCR 227 (PSM) SSCR 533 (JDL) HSCR 1110 (PBS) HSCR 1621 (JUD) Current Status: Apr-16 13 Received by the Governor Apr-30 13 Approved by Governor (Act 68 2013) Section Affected: 329-11 Source: http://lrbhawaii.info/reports/legrpts/lrb/2013/passed13.pdf

(Current In Various Stages at the Hawaii State Legislature. These are NOT Law.) http://mcchi.org/about-the-legislation/

Out of State Resources

What A Good Medical Marijuana Program Should Look Like
Based on Oregon, California and Washington programs.