Looking to get into Washington state’s retail cannabis market? For $50 million, you can start out at the very top.

That’s the pitch from owners of Main Street Marijuana and Uncle Ike’s, the two top-selling cannabis retailers in the state. The pair announced this week that both companies, six storefronts in total, are officially on the market.

The owners aren’t exactly desperate to get out, Uncle Ike’s owner Ian Eisenberg told Leafly. But for $50 million, they wouldn’t say no.

“Everything’s for sale at the right price,” Eisenberg said. “We always have interest, and if anybody’s serious, at least they can avoid a lot of wasted time.”

The two businesses, launched shortly after Washington legalized cannabis, have grown to become the two top-grossing companies in the state. Since they opened, each has outsold the third-place company by more than $10 million, according to 502 Data, which tracks state sales records. If a single buyer were to acquire them—which is currently illegal, but we’ll get to that—the resulting business would likely be the most dominant player in Western Washington.

That so-called green rush you’ve read about? It’s not all it’s cracked up to be.

Without a doubt, Washington’s cannabis market is growing. Total sales have risen steadily since 2014, when retail stores opened, and December 2016 was the busiest month to date. But like the Seattle sky, the market’s future is cloudy. Uncertainty stemming from proposed changes to state law as well as questions around the incoming Trump administration have left many wondering what’s to come.

Here’s another thing to keep in mind: That so-called green rush you’ve read about, the one expected to line the pockets of cannabis entrepreneurs in legal states? It’s not all it’s cracked up to be, Eisenberg said.

“I don’t think anybody’s making money right now—producers, processors, or retailers,” the Uncle Ike’s owner told Leafly. Between state taxes on cannabis—at 37 percent plus sales tax, the highest in the country—and the outsized amount cannabis businesses owe the IRS under federal Tax Code section 280E, many state-licensed businesses aren’t seeing the eye-popping profits that are so alluring to investors.

“Everybody thinks it’s the most profitable industry in the world,” Eisenberg said. “With 280E, it’s not.”

Under the provision, businesses that deal with a federally illegal substance cannot claim tax deductions for business expenses aside from the cost of goods sold. For example, Uncle Ike’s, one of the most high-profile shops in Seattle, has spent “a lot of money creating a brand,” Eisenberg said. “None of that advertising is deductible.”

In the run-up to the election, Eisenberg and others hoped the rule might disappear. As a candidate, Hillary Clinton supported rescheduling cannabis, which could have done away with 280E. But under a Trump administration, Eisenberg said, “I don’t think that’s going to happen anytime soon.”

That should raise flags for potential investors, especially those just getting into the cannabis industry, said Ravi Natanson, a Seattle business consultant who’s advised cannabis companies and investors. “You have what I would consider a dangerous situation for potential investors and buyers,” she told Leafly. Not only do obstacles like 280E take a huge bite out of profits—they’re also easy for unsophisticated buyers to overlook.

Natanson emphasized that she doesn’t know the financial standing of the businesses up for sale, but she urged would-be buyers to proceed with caution whenever they’re thinking about pouring money into a cannabis business.

“If they don’t get it, if they’re not savvy and sitting down and doing a cash flow and really looking at the numbers,” Natanson said, “oh man, buyer beware.”

It’s not only federal headaches like IRS rule 280E that could stifle Washington cannabis businesses. Potential changes to state laws around the cannabis industry could also mean a shift in the market—and what sorts of businesses could dominate it.

Existing law prevents anyone who’s not a Washington resident from having a financial interest in a state-licensed cannabis business. Out-of-state financiers can provide backing in the form of loans, but that’s it. And as it currently stands, a retail licensee can only operate three storefronts—so at the very least you’ll need a buddy to buy all six shops on offer.

Those limits were designed to help keep big business out of Washington state’s cannabis market, the second to launch after Colorado’s. Bills currently before the state Legislature, however, would ease those restrictions, opening up Washington to outside investment and allowing licensees to operate many more storefronts.

“Right now, the pot business, it’s all mom and pop,” said Eisenberg, of Uncle Ike’s. Changes like some of those currently being considered, he predicted, could “kill the cottage industry.” 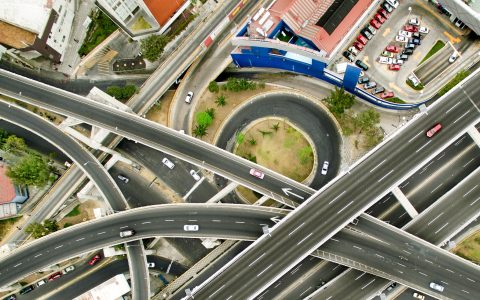 Amid all the uncertainty, a consumer might ask: Is that $50 million price tag worth it? The answer to that question, unfortunately, entails even more uncertainty.

Robert McVay, a Seattle-based partner at the law firm Harris Bricken, noted that the cannabis industry is still in its infancy. “We don’t have as much data as you do in other markets,” he said. “Even if you’re trying to be very precise, you’re still taking big gambles when it comes to whether or not the state will allow expansion in the future [and] what federal legalization will look like.”

If the Legislature indeed loosens laws on business ownership, he predicted, “You’re going to have a lobbying battle between those who are in the industry already and those who are out of state looking to come in.”

Despite the unknowns, plenty are still eager to enter the Washington market. A quick search turns up a handful of websites that list state licenses for sale. And McVay, who has done work for Uncle Ike’s, said there are “probably more people looking to buy than looking to sell.”

Ultimately, the amount Main Street and Uncle Ike’s are actually worth depends largely on what a buyer is willing to pay.

“The only way we value anything in this country,” McVay said, “is having enough people out there who want it and comparing how much they want it.”