US Rep. Dana Rohrabacher (R-CA), a longtime champion of cannabis reform, introduced a House resolution that would amend the Controlled Substances Act to protect state cannabis programs and businesses that comply with state and local laws. House Resolution 975 has already gained 14 co-sponsors so far and has been referred to the Committee on the Judiciary and the Committee on Energy and Commerce. Rohrabacher’s name is already attached to the Rohrabacher-Farr amendment, a Congressional spending measure that prohibits the Justice Department from using federal funds to prosecute state-legal medical marijuana. That measure is set to expire in April, although US Rep. Earl Blumenauer (D-OR) recently stepped forward as lead co-sponsor to renew the amendment. Both represantatives are founding members of the newly established Congressional Cannabis Caucus, a group of federal lawmakers dedicated to promoting sensible cannabis policy at the federal level.

Cannabis Now Has Its Own Congressional Caucus

Access to Colorado cannabis is poised to expand further thanks to a handful of developments: 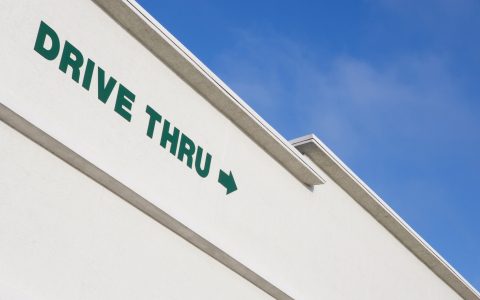 The House Judiciary Non-Civil Committee will be meeting this week to discuss House Bill 65, which would expand the number of qualifying conditions for the state’s medical cannabis program. The bill has already been discussed by the Medical Marijuana Working Group, where representatives heard testimony from advocates as well pediatricians both in favor and against the bill. Another medical marijuana measure, however, Senate Bill 16, would reduce the amount of THC allowed from five percent to three percent. SB 16 has already passed through the Senate and now heads to the House floor.

An Iowa House subcommittee has approved a bill to legalize the use of cannabis-derived oil for medicinal purposes and create a state-run program for the cultivation and distribution of the oil to patients who would qualify. Those who suffer from epileptic seizures, multiple sclerosis, and cancer would likely benefit from the program, expanding the conditions from the previously medical marijuana oil program, which was aimed solely at those who suffer from epilepsy. The Iowa Department of Public Health would be tasked with running and overseeing the program, as well as issuing registration cards for qualifying patients. 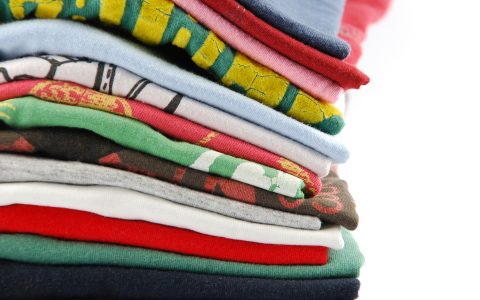 A new bill from the Kentucky House of Representatives would allow medical cannabis use with a doctor’s recommendation. House Bill 411, introduced by Rep. John Sims Jr. (D-Frankfort), would allow physicians to recommend medical cannabis without facing prosecution. Sims indicated that he introduced the bill after seeing studies that show cannabis can help patients in certain situations.

The Massachusetts Legislature created the Committee on Marijuana Policy to help oversee and implement the state’s adult-use legalization law passed by voters last November. Two lawmakers have been tasked with rewriting the law to make “significant changes” before retail shops are scheduled to open in 2018. Rep. Mark Cusack (D-Braintree) and Sen. Pat Jehlen (D-Somerville) were appointed by Gov. Charlie Baker to complete a revised version of the law by June 2017, although the lawmakers have so far been mum on what changes might be in the works. 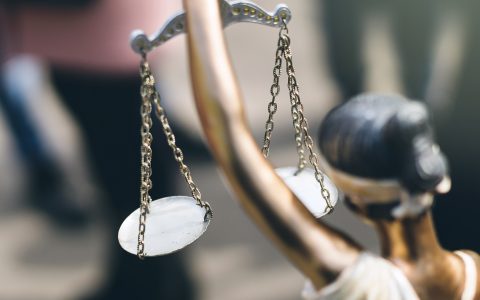 State Officials Could Slow Legalization in Maine and Massachusetts

A new bill in the Minnesota Legislature would legalize cannabis for personal use by adults 21 and older. Sen. Jeff Hayden (DFL-St. Paul) introduced S.F. 1392 a companion to H.F. 927, already introduced in the House. Both bills are aimed at legalizing and regulating the sales, possession, and use of cannabis for adults over the age of 21, but passage could be a long shot. Minnesota has one of the most restrictive medical marijuana programs in the country, and so far not a single state Legislature across the country has legalized cannabis for adult use.

A bill to legalize cannabis for adult use has been introduced for the first time in the New Hampshire Senate. Senate Bill 233, introduced by Sen. Jeff Woodburn (D-Dalton), would legalize, tax, and regulate cannabis sales, as well as establish a committee to study cannabis legalization. Woodburn, also the state Senate minority leader, said New Hampshire needs to be more progressive and open as the rest of New England moves toward legalization. “We do not want to become the Mississippi of the Northeast, where people have to worry about driving through the state.” Woodburn testified before the Judiciary Committee.

The Senate Appropriations Committee voted to approve just over $1 million in funding to oversee the state’s new medical marijuana program over the next two years. Deputy State Officer Arvy Smith said North Dakota is not anticipating earning any revenue from the program during its first year, as the system gets off the ground. After that, user fees are expected to help fund the program. During the course of the coming two-year budget cycle between 2017 and 2019, the program is expected to cost a total of $2.9 million and raise about $1.3 million. The 81-page emergency measure to amend the bill will be considered this week by the Senate. 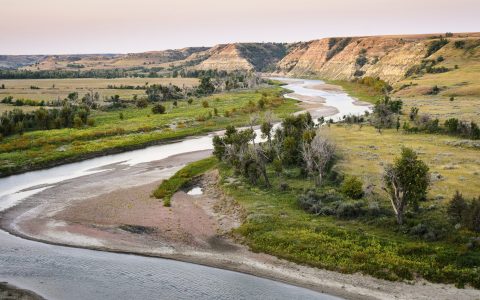 An initiative to legalize medical marijuana won’t be on the 2018 ballot after failing to meet a key deadline. The petition was organized by NORML’s Wyoming chapter and had originally aimed to put a question on the 2016 ballot, but organizers failed to gather the 25,600 required signatures in time. Setting its sights on 2018, the group continued gathering signatures. Once again, however, it has failed to submit enough signatures to the Secretary of State’s office before a last week’s Feb. 14 deadline. A poll conducted in October 2016 found that support for the legalizing medical cannabis is at an all-time high, with 81 percent of Wyoming respondents in favor.

Houston is getting a newly revamped cannabis decriminalization policy. The city has suffered from a high crime rate for years, and state Attorney General Kim Ogg campaigned on a platform that promised to deprioritize low-level cannabis offenses in order to divert funds to fight violent crime in Harris County. The Misdemeanor Marijuana Diversion Program, designed to spare offenders from criminal penalties, would allow those who are caught with two ounces of cannabis or less to take a four-hour educational class rather than face a misdemeanor charge. Ogg’s office believes such diversion programs could spare up to 12,000 people from jail time and save Harris County around $26 million per year in enforcement costs.

During the first gubernatorial primary debate, two of the four Republican candidates indicated support for relaxing criminal penalties around cannabis. Denver Riggleman, a populist candidate, described his brother’s struggle to reintegrate into normal life after spending nine months in jail on cannabis-related charges. Another candidate, Prince William Board of County Supervisors Chairman Corey A. Stewart joined Riggleman in calling for decriminalization, saying “It’s absolutely atrocious that we are jailing people simply because they are in possession of marijuana.” Front-runner Ed Gillespie has said he does not support decriminalization but instead wants a state commission to review whether the penalties for marijuana offenses are in line with the severity of the crime. Rounding out the GOP field, state Sen. Frank Wagner supports diverting drug offenders to therapy programs rather than jailing them. The two Democratic Party candidates, Lt. Gov. Ralph Northam and former US Rep. Tom Perriello, have both come forward in favor of decriminalization. 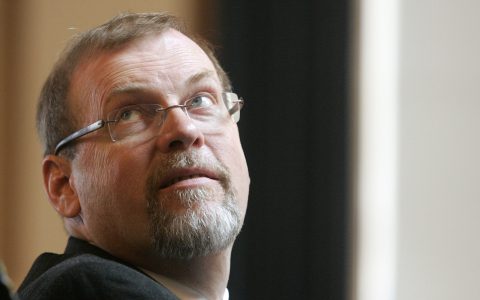 Health Minister Greg Hunt has officially given the go-ahead for the legal sales of medical cannabis products to begin. Companies will now be permitted to distribute cannabis oils and medications locally, establishing a legal cannabis trade within the country. Parliament passed laws last year allowing patients with chronic illnesses to qualify medicinal cannabis, but without a legal market, products were only available only via import or through the black market. The move is meant to ensure Australia is able to maintain a safe, secure, and reputable source of cannabis-based medicines. Domestic production will continue until the supply is enough to meet patient demand. 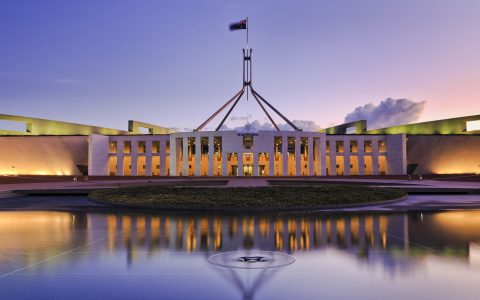 What Does Australia’s Medical Cannabis Legalization Actually Mean for Patients?

The Medical Control Council, in a long-awaited decision, announced it will for the first time publish guidelines on medical cannabis production. Member of Parliament Narend Singh, of the South African Inkatha Freedom Party (IFP), hailed the announcement as the result of tireless work from former IFP MP Mario Oriani-Ambrosini, who fought for cannabis legalization and made a direct plea to South African President Jacob Zuma to decriminalize cannabis. Oriani-Ambrosini died of lung cancer in 2014, before the government made any policy changes, but the IFP has since called its approval of medicinal cannabis production a tribute to the late MP.