If you are (or you’ve ever been) an avid runner or obsessive gym rat, you’re likely familiar with that coveted post-workout sense of euphoria popularized as the “runner’s high.” But what exactly is it? The runner’s high has been characterized in scientific literature as “pure happiness, elation, a feeling of unity with one’s self or nature, endless peacefulness, inner harmony, boundless energy, and a reduction in pain sensation.”

Some scientists hypothesize the runner’s high is a neurobiological reward following moderate to intense aerobic activity that incentivizes us to participate in habitual physical activity. It is logical to think we developed this reward mechanism through evolution to get us off the couch (or out of the cave) and engage in health-promoting activities.

Interestingly, our ability to sustain highly intense endurance tests is unique in the animal kingdom. In a lecture, “Why Humans Run: The Biology and Evolution of Marathon Running,” Harvard Anthropology Professor Daniel Lieberman explains, “Hairless, clawless, and largely weaponless ancient humans used the unlikely combination of sweatiness and relentlessness to gain the upper hand over their faster, stronger, generally more dangerous animal prey.” 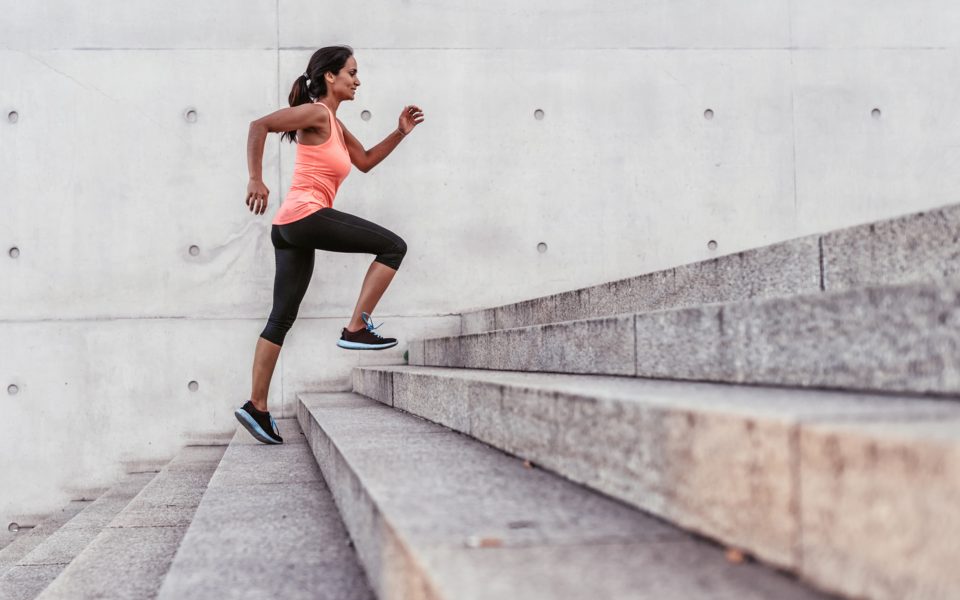 Remember all the buzz about how jogging could unleash a flood of endorphins that would give you a runner’s high? For years, with the help of the media, many scientists popularized the concept that intense physical activity could unleash endorphins that would induce a “high” similar to some psychoactive substances. Endorphins are our body’s naturally produced opioids. (The term “endorphin” comes from combining “endo” — which means “within,” as in “within the body” — and, “morphine,” which, of course, refers to that opiate.)

Scientists expended an enormous amount of resources researching this phenomenon. In fact, animal studies have studied mice who became so addicted to exercise, they chose “running” over everything else, to the point of actually dying. This led some scientists to hypothesize jogging could be as addictive as morphine! There were, however, challenges to this hypothesis, leading researchers to explore another link: cannabinoids and the endocannabinoid system. 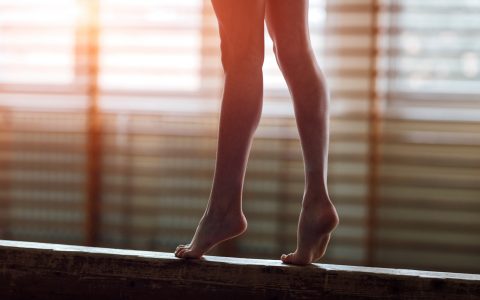 RELATED STORY – What is the Endocannabinoid System and What is Its Role?

Researchers University of Arizona’s School of Anthropology set out to investigate this link further. They also wanted to compare non-cursorial animals (who lack limbs adaptive for running), with cursorial animals (like humans and dogs), whose physical makeup is better suited for endurance running.

The researchers conducted a study comparing humans, dogs, and ferrets. They hypothesized intense aerobic activity could trigger neurotransmitter signaling associated with the endocannabinoid system. They focused on the “magical molecule,” anandamide, a cannabinoid known as the “bliss molecule.”

Anandamide — which got its name from the Sanskrit word, “ananda,” meaning “joy, bliss, or happiness” — is the mimetic twin of Δ9-tetrahydrocannabinol (better known as THC). Anandamide, like THC, activates the CB1 and CB2 receptors to produce psychological and physical rewards like euphoria and pain relief. 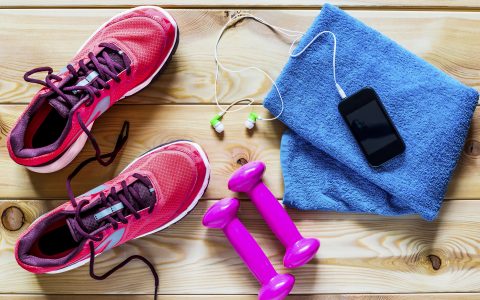 Researchers drew on an earlier study of mice bred for high-intensity running, which found that after administering a drug (rimonabant) to inhibit cannabinoid receptor activity, the mice no longer felt the compulsion to hit the treadmill. While this study suggested the endocannabinoid system plays a fundamental role in rewarding aspects of exercise for mice, they wanted to look at the relationship between exercise and endocannabinoids in other mammals (humans, dogs, and ferrets). They recruited “recreationally-fit” humans and dogs from the local community. However, it’s unclear where they found the ferrets (maybe they responded to an ad on Craigslist?).

Researchers compared blood levels of cursorial mammals (dogs and humans) and the non-cursorial ferret before and after exercise to test their hypothesis that among cursorial mammals neurobiological rewards are linked to high-intensity exercise. All subjects either ran or walked for a total of thirty minutes per stretch. (The dogs and ferrets, presumably less agile, were cut some slack on the run and were allowed a trotting gait.) Given the “language barrier,” only humans were surveyed for subjective outcomes, like “enthusiasm, energy and pleasurable engagement.” 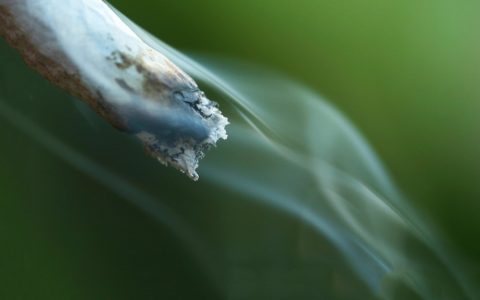 What can we conclude from the study? Given accumulating research demonstrating the role of anandamide in promoting emotional (and physical) well-being, if you want to boost anandamide levels, intensive aerobic activities will provide superior results to less intensive activities (like walking). It’s unclear whether high-intensity intermittent exercise (HIIE) — more commonly known as “tabata training” — would elicit comparable, superior or inferior results. Tabata training has become popular in recent years because it only requires just eight consecutive super high-intensity intervals (of sprinting, push-ups, pull-ups, etc.) consuming an aggregate of just four minutes. Yet, interestingly, it burns more calories and yields greater reductions in subcutaneous and abdominal body fat.

The Runner’s High at Work 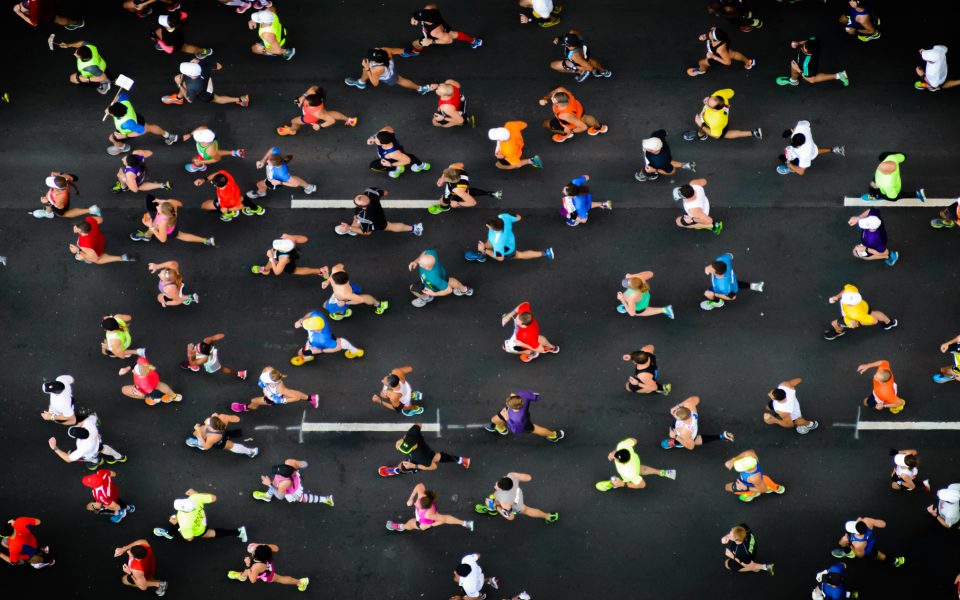 Meet Matt Hook. It may be hard to believe that fifteen years ago, the “420 Games” endurance athlete and author of the Running on Reefer blog, was morbidly obese, hooked on opiates, and struggled with anxiety-related issues. A near-fatal car accident on Christmas Eve reshaped his thinking. “Teetering on the edge can have a profound impact on people,” says Hook. As Matt embarked on an arduous path of rehabilitation, he resolved to not only recover, but to physically transform himself into the beacon of optimal health. Like a blessing from the ganja-God, Matt discovered cannabis and intensive exercise (in his case long-distance running) could be the key to his recovery and transformation. 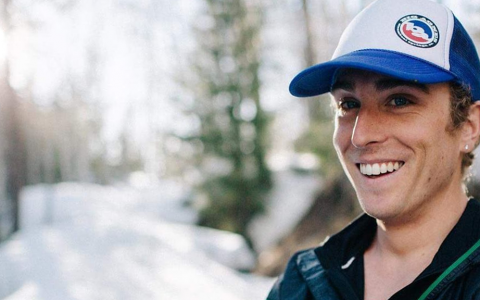 Matt put what he now calls the “anandamide axiom” to work. Exercise and cannabis. Rather than relying narcotic pain meds to relieve his pain, he used medicinal cannabis and long-distance running. As he began recovering, he started running more than Forrest Gump! At the time, Matt had no idea there was a link between the brain’s endocannabinoid system and the runner’s high, but he found solace in running. And, that natural “high” kept him motivated.

Not only did Matt shed 150 pounds and improve his mood considerably, he overcame his addiction to opiates. “Following my accident at age 19, I became and spent eight years addicted to opiates,” recounts Matt. “It wasn’t until hitting ‘bottom’ and being sentenced to a stint in jail, I recovered from my addiction and adopted an active lifestyle. I began supplementing with cannabis which has replaced all prescription and over the counter medications.” 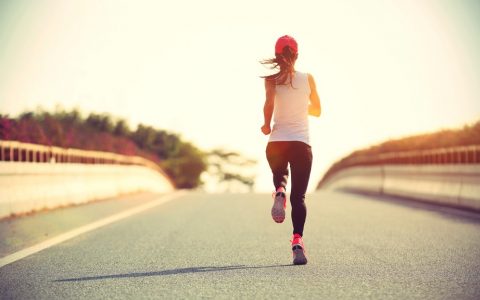 As appealing an explanation as it may sound, from an evolutionary standpoint, it’s unlikely humans developed the “runner’s high” as a reward for exercising or getting off prescription opiates. Guillermo Moreno, PhD, a research scientist from the Piomelli Lab at the University of California, Irvine’s School of Medicine, whose study of anandamide has helped modern science better understand the role of this fascinating neurotransmitter, explains: “Anandamide induces vasorelaxation which is likely a homeostatic response to sustained cardio activity.”

Whatever the evolutionary explanation is, for athletes like Matt, the “runner’s high” is a great natural buzz that serves as a powerful motivator to continue training. Just don’t expect him to ever say, “My endorphins just kicked in.” He knows better, and prefers: “Finally, I can feel my endocannabinoids kicking in!”

Have you experienced the “runner’s high?” Does it motivate you to exercise? Share your experiences in the comments section!