Carlsbad – Ralph Rider of Carlsbad describes the pain in his body as pins and needles. “I can’t hardly walk in the morning until I medicate,” Rider, a permitted medical marijuana user, said. Pain from neuropathy, as well as residual symptoms from a stroke and heart attack in 2013, were enough for his doctor to […]

Moriarty is getting closer to limiting where medical marijuana companies can set up shop, but stopped short on Oct. 12 of making a final decision to give more time for researching what restrictions should be put in place. That’s when the City Council continued its public hearing on adding medical marijuana-related businesses to its list of […]

A proposed medical marijuana growing operation in Moriarty won’t be opening soon as the City Council grapples with how to zone such businesses. “If it’s legal by state law, we have to accept it,” Mayor Ted Hart said at a public hearing Sept. 28 on the issue. “We can’t zone them out.” The hearing at […] 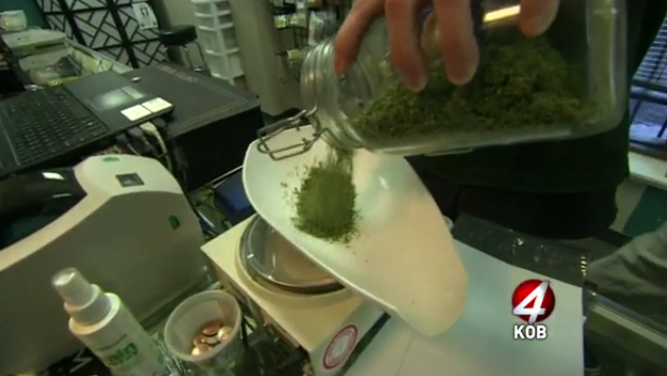 Marijuana dispensaries are popping up all over, making it pretty convenient for patients to get what they need. Now one dispensary wants to make the process even easier by adding a drive-thru. Not everyone’s excited about the idea of a drive-thru window for marijuana, but the owner said it’s not what you think. One big […]