Helena – Initiative 182, approved by Montana voters earlier this week, will loosen restrictions on medical marijuana providers in the state. But the measure also means new responsibilities for the Montana Department of Public Health & Human Services. The initiative creates a licensing process for providers – separate from the marijuana registry card – and […]

MO: Marijuana Patients Have Lengthy Wait Until Limit Is Lifted

Helena – Montana voters may have successfully reversed severe restrictions state lawmakers imposed on medical marijuana, but patients will have to wait nearly eight months before they can step into a dispensary again. That’s when the most important portion of a citizen’s initiative passed in Tuesday’s election takes effect, due to an error when the […]

Kansas City, Mo. – With voters heading to the polls on Nov. 8, there is one thing they won’t see on the ballot that just about made it on there. Missouri medical marijuana advocates collected signatures, falling just short of the required amount to end up on the November ballot. NORML KC,one group advocating for […]

Butte – On Harrison Avenue, a billboard blares the slogan “NO POT SHOPS.” On either side of the sign – a campaign ad opposing a citizen ballot initiative to fix Montana’s gutted medical marijuana program – sit two shuttered dispensaries. Although Montana voters overwhelmingly passed an initiative legalizing medical marijuana in 2004, a Republican-dominated Legislature […]

St. Louis – Missouri Secretary of State Jason Kander, who is the Democratic nominee for the U.S. Senate, said Thursday that it’s “time for the state legislature to step up” and pass a law allowing medical marijuana. Kander came out in support of medical marijuana in a statement through the secretary of state’s office, not […]

Kansas City, Mo. – A Kansas City mom wants Missouri voters to legalize medical marijuana for patients who need it, like her son with severe epilepsy, but politicians are blocking it from going on November’s ballot. “I’m very upset because these elected politicians are trying to stop something that we the people who put them […] 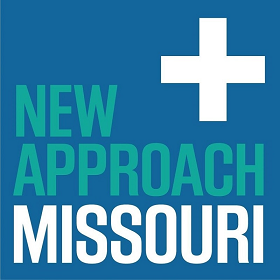 Missouri is my home state and particularly dear to me. I would love more than anything to see this state get a medical marijuana law passed, as passage of a law like this in a state in the middle of America’s heartland could do wonders for Cannabis law reform on the federal level. This week […]