Ellicott City, Md. – Maryland’s medical marijuana panel is scheduled to choose finalists on the pathway for licenses to open marijuana dispensaries. The commission is meeting Monday in Ellicott City. There can be up to 109 dispensaries in Maryland. The law allows for up to two in each of the 47 state Senate districts. It […]

Growing medical marijuana in Anne Arundel County is closer to becoming a reality. But the county’s zoning code first needs a change to clear a hurdle officials say they didn’t intend to create. County Council members will take up a bill Monday night that proposes to alter a distance restriction for medical marijuana growers and […]

Maryland medical marijuana regulators are set to decide Nov. 21 which companies can open long-awaited dispensaries where patients can legally buy the drug. While the Maryland Medical Cannabis Commission previously said that it hopes the product will hit shelves by summer, the timeline is unclear, with various controversies and other hurdles threatening delays before businesses […]

MD: High Hopes, But No Buzz For Growing Medical Cannabis On Farmland

County leaders earlier this month let expire a bill that would have allowed medical cannabis to be grown in the county’s agricultural zones, the idea drying up in the face of opposition from Frederick’s farming community. We think that was a mistake. When the law to allow medical cannabis cultivation in Maryland was still being […]

When the General Assembly legalized medical marijuana in Maryland, it required the commission running the program to “actively seek to achieve racial, ethnic, and geographic diversity when licensing medical marijuana growers.” But the Attorney General’s office advised the commission that, absent a study documenting racial disparities in the medical cannabis industry, creating racial and ethnic […]

The clock has run out on a proposal to allow medical cannabis to be grown in agricultural areas in Frederick County. A bill introduced by Council Vice President M.C. Keegan-Ayer (D) will die Wednesday under a provision of the county charter that requires bills to be enacted within 90 days of their formal introduction. Keegan-Ayer, […]

Hancock, Md. – Hancock and Harvest Dispensaries, an Arizona based company, are partnering-up to bring medical marijuana to Washington County. The partnership means the town will have a 5% stake in the company, but won’t have a say in their day-to-day operations. That is because marijuana is still federally illegal. However, by holding a 5% […] 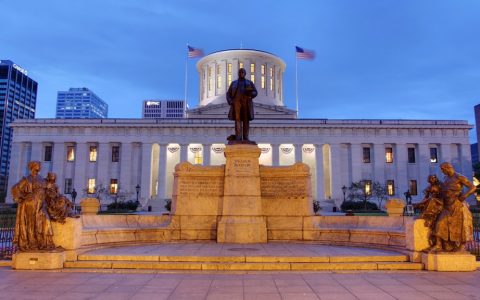 ANNAPOLIS, Md. (AP) — An applicant for a license to grow medical marijuana in Maryland plans to sue a state commission for allegedly failing to consider racial diversity when the panel named the top 15 finalists, a lawyer for the applicant said Tuesday. John Pica, who represents Alternative Medicine Maryland, said the applicant plans to […]

The decision on where the growing, processing and dispensing of medical cannabis will take place in Sykesville town limits could soon be in the hands of the town Planning Commission. Earlier this month, the Sykesville Town Council requested that the commission look into the town’s zoning ordinance, said Town Clerk Kerry Chaney. The group will […]

MD: Commissioners Vote To Allow Cannabis As Principal Permitted Use

The people lining up to profit from Maryland’s legal medical marijuana market …. missing out on licenses to grow medical pot in New York and Hawaii.