Published: Feb 9, 2017, 5:25 pm • Updated: Feb 9, 2017, 5:26 pm By Alicia Wallace, The Cannabist Staff It’s a billion-dollar business — and then some. In 2016, Colorado’s dispensaries bagged $1.3 billion in recreational and medical cannabis sales, based on Colorado Department of Revenue tax data released Thursday. To put the state’s third […]

Published: Feb 7, 2017, 1:05 pm • Updated: Feb 7, 2017, 1:19 pm By Alicia Wallace, The Cannabist Staff For the first time, Colorado health officials have issued a set of guiding principles for marijuana businesses to address occupational health and hazards. Workers in the cannabis industry, including budtenders, extraction technicians, trimmers and cultivators, are key […]

Tax hike: What it could mean for consumers, industry in Colorado

Published: Jan 19, 2017, 6:21 am • Updated: Jan 19, 2017, 6:23 am By Alicia Wallace, The Cannabist Staff Cannabis consumers could be paying more Colorado marijuana tax come July 1. As with any proposed tax increase, the prospect has been met with some concern amid the news that one of the state’s pot taxes […]

Published: Jan 17, 2017, 5:42 am • Updated: Jan 17, 2017, 5:43 am By Alicia Wallace, The Cannabist Staff A bid to stamp out Colorado’s recreational marijuana industry is scheduled to go before a federal appeals court Tuesday morning. The U.S. 10th Circuit Court of Appeals in Denver will hear oral arguments in an appeals […] 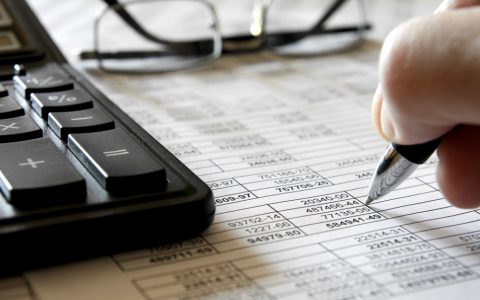 THE LEAFLY LIST: COLORADO December 2016 The Leafly List ranks the top dispensaries and retail stores in each of the major North American cannabis markets every month. This region-specific version is designed to provide helpful, community-based information for cannabis consumers looking for the most relevant dispensaries in Colorado. It highlights the most talked-about locations in the […]

Published: Dec 8, 2016, 6:52 am • Updated: Dec 8, 2016, 6:52 am By Alicia Wallace, The Cannabist Staff iAnthus Capital Holdings Inc., a multinational company formed to provide financing and business services to U.S. cannabis operations, has made its first deal in Colorado. Earlier this week, iAnthus officials announced the Toronto- and New York-based […]

Published: Nov 16, 2016, 10:45 am • Updated: Nov 16, 2016, 3:29 pm By Alicia Wallace, The Cannabist Staff The streak continues for the Colorado cannabis industry. Colorado marijuana shops in September reeled in $127.8 million in sales of medical and recreational cannabis, notching a new revenue record for the third consecutive month, according to […]

Trinidad, CO – On a cool autumn morning in this idyllic town of roughly eight thousand, residents walk along the charming main street with lattés in hand. The bell tower of the Holy Trinity Church rings out as leaves fall, perfecting the picturesque scene. Trinidad is experiencing a revival after years of decay. It wasn’t […]

CO: ‘Father Of Cannabis Research’ To Lecture In April At CSU-Pueblo

A Bulgarian-born professor and pioneer in the field of cannabis research is scheduled to lecture during Colorado State University-Pueblo’s 2017 Institute of Cannabis Research Conference in April. Raphael Mechoulam, the “Father of Cannabis Research,” will present the inaugural Mechoulam Lecture, named in his honor. Mechoulam is an organic chemist and professor of Medicinal Chemistry at […]

Report: Colorado weed a beast with $2.4B impact

Published: Oct 26, 2016, 6:00 am • Updated: Oct 26, 2016, 6:43 am By Alicia Wallace, The Cannabist Staff Colorado’s burgeoning legal marijuana industry has quickly made gains on the state’s largest industries — including the mighty oil-and-gas sector — and contributed an economic impact of $2.39 billion in 2015, according to research released Tuesday. […]

The planet’s mentor in legal weed: A look at Colorado

Published: Oct 13, 2016, 6:01 am • Updated: Oct 13, 2016, 6:15 am By Alicia Wallace, The Cannabist Staff The summer of 2016 turned out to be quite lucrative for Colorado’s marijuana industry. Legal marijuana shops tallied up $126 million in medical and recreational cannabis sales in August, setting a new monthly record, according to […] 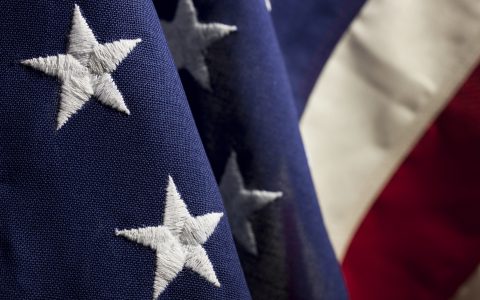 Colorado hemp firm CBDRx LLC, now under new executive leadership, is selling its small hemp farm in Longmont and building out a new production facility as part of a broader restructuring of its operations. “We’re launching what I call CBDRx 2.0,” said Tim Gordon, who was named CEO earlier this month after a shakeup in […]

Published: Sep 29, 2016, 10:58 am • Updated: Sep 30, 2016, 12:34 pm By Alicia Wallace, The Cannabist Staff Beginning Saturday, medical and recreational marijuana edibles and other cannabis products manufactured in Colorado will be stamped with a new “universal symbol” aimed at raising public safety awareness. The universal symbol — a diamond enclosing the […]

Following feedback from medical-marijuana users and direction from council to gather more information, Longmont has opened a survey asking residents about their marijuana use. The survey relates to a proposed ordinance that would limit marijuana home grows to six plants per residence. Medical-marijuana proponents, patients and caregivers have told the council repeatedly for the last […]

As a part of All Pueblo Reads, a series of discussions will be held at Pueblo City-County Library District locations in order to facilitate a community discussion about cannabis. Part 1 was held in September. Part 2: Cannabis Information Forum: Law & Business is scheduled from 6:30 to 8 p.m. Tuesday, Robert Hoag Rawlings Public […]

CO: Cannabis Oil Will Be Used In A Hospital To Save A 2-Month Old Baby Girl

Aurora, CO – In December, Nicole and Ernie Nunez brought their beautiful baby girl, Amylea, into the world. However, when they brought her home, things quickly took a turn for the worst. “About a day after we went home from delivery is when she had her first seizure,” Nicole said. “She has a rare form […]

Colorado Springs, Colo. – Days after the Colorado Springs city council distributed cease and desist letters to cannabis clubs, protesters aren’t backing down. Wednesday, groups marched downtown Colorado Springs to send a message to the city. The group started at the city administration building, at the corner of South Nevada Avenue, and marched to City […]

Denver – Post-traumatic stress disorder would be eligible for medical marijuana treatment in Colorado under a proposed measure that was advanced Wednesday by a legislative panel. The interim committee sent the bill to the Legislative Council Committee on a 5-0 vote, though some lawmakers said they have concerns. The panel also advanced a handful of […]

Even though marijuana home grows weren’t on the Longmont City Council’s agenda Tuesday night, members of the public came out and forced a discussion. On Sept. 6, the council considered draft regulations proposed by city staff because staff said the city was receiving complaints about home-grow odors and other issues. Council generally approved of limiting […]

CO: An Athlete Becomes A Legal Marijuana Grower And Part Of An Emerging Debate

Fort Collins, Colorado – If college athletes want to use marijuana, the NCAA likely won’t catch them, and Treyous Jarrells is proof of that. He says he was high in almost every game he played. Now he has given up his dream of a football career for one that’s very different: He has one of […]

Banning commercial marijuana in Pueblo County would have a debilitating effect on veterans who rely on cannabis to combat the effects of traumatic brain injuries, post-traumatic stress disorder and other ailments. This was the message stressed during a joint press conference hosted Tuesday by Growing Pueblo’s Future and Grow for Vets. With the majestic Heroes […]

The cannabis industry has become a growing component of Colorado’s economy – and it’s also become a major contributor to charitable efforts. The Clinic held its seventh annual Clinic Charity Classic at Arrowhead Golf Club last week; every year proceeds from the tournament are donated to aid in the fight against multiple sclerosis. And every […]

US CO: Column: From Weed to Wine: Keeping the Marijuana Farm

Legal Conference Will Teach How To Navigate in The Cannabis Industry

Attorneys, accountants and all professionals looking to stay on the leading edge of the cannabis industry and continue their education are invited to attend the Cannabis Professional Advancement Series (CPAS) taking place from 9 a.m. – 5 p.m., Friday, September 16, at the University of Denver. Attendees will receive advanced education led by attorney and […]