The first Minority Cannabis Business Association (MCBA) Rise Up! Expungement Day event took place in Portland just this past weekend and was a wonderful success.

People arrived from all across Oregon to have their records expunged. Now that Measure 91 is being implemented in Oregon, these people’s crimes have become obsolete.

Jesce Horton is the chair of the board for MCBA and was the chief organizer of this event. 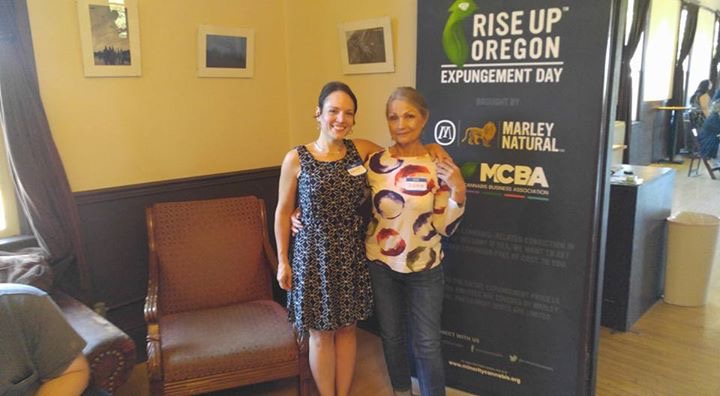 “Together with Marley Natural, we were able to submit 25 cannabis records for expungement and give a diverse group of Oregonians a fresh start in obtaining meaningful work, solid housing, and access to other important resources that can be hindered with a felony record,” Horton said of the event.

Marley Natural was the chief sponsor of the event, and actually does other social justice and development work through their Rise Up platform in other states and in Jamaica.

“Due to the success of this event, we are developing a plan with Marley Natural to do more Rise Up! Expungement Days in Oregon and other states across the nation,” Horton said.

Amy Peradotta, cannabis reform activist and chair of Portland’s Women Grow chapter, volunteered at the event and said, “this was the most meaningful volunteer event I’ve been a part of in the Cannabis industry since volunteering for the yes on 91 campaign to legalize the plant in the state of Oregon in 2014. I’m honored to dedicate my time and energy toward helping those who have been negatively impacted by the senseless war on drugs.”

Peradotta added, “we successfully helped 25 people go through the expungement process in one afternoon, and that feels great to help make a difference in these people’s lives. 3 couples whom were charged at the same time successfully completed the free program together. Their smiles and sighs of relief were priceless!”

JoDee Lackey also volunteered at the event and said, “It was a wonderful event. There was a diverse group of people being served. One woman lost her children, the State removed them after she was convicted. A lot of people lost their jobs, their livelihood and future job opportunities. Some served significant prison time. But the common problem was that their lives were pretty much ruined when they got busted. It was great to help them set their records straight!”

Let us be reminded that there are still people all over the country who not only have non-violent cannabis related crimes on their records, but people who are actually serving time in prison for “crimes” such as these. As we saw in the case with Jeff Mizanskey, it is possible for things like this to be overturned, but it is very rare.   It is amazing what we can do in numbers, and pushing forward united is the only way the big wheel will turn against cannabis prohibition.

MCBA was very pleased with the turn out and the progress made at this Oregon expungement day event, and is excited to repeat this type of event in other states.