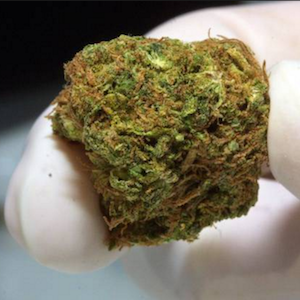 Cannabidiol (CBD) is one of more than 400 substances that are found in marijuana and it is not psychoactive, meaning that it does not cause changes brain function or result in alterations in perception, mood, or consciousness. Many states have already passed laws that have permitted the use of CBD extract, typically in oil form, often with traces of tetrahydrocannabinol (THC), for the treatment of epileptic seizures in children. CBD has only be legalized in the United States since 2014 and only when it is sourced from the hemp plant and not the cannabis plant. A thorough understanding of the related tax and accounting issues is necessary to running your canna-business.

CBD is also found in hemp, which is a plant that is related to the marijuana plant. Hemp that contains little to no THC (0.3% THC is less) and its products are legal to import and sell in the US, but only in the states that have commercial industrial hemp programs. According to The Agricultural Act of 2014, also known as the 2014 Farm bill, US farmers are not permitted to grow hemp. It is only legal for farmers to cultivate or grow industrial hemp for the purposes of research under a state agricultural pilot program or academic research program. Hemp is also not permitted to be be shipped between states, even in instances where the plant is legal is both states.

In addition, legal CBD can only be obtained from the stalk of the plant, not from the leaves and flowers. Hemp also contains far less CBD than cannabis plants, which means that a large amount of hemp stalks are required to produce only a small amount of CBD.

Despite the fact, that CBD lacks the psychoactive properties of THC, as an ingredient of marijuana, it is still considered illegal under federal law if it is extracted from the cannabis plant. Marijuana is currently regulated as a Schedule I drug per the United States Controlled Substances Act. Even though, CBD does not meet the criteria for Schedule I classification under the law, it is still classified as such because it is a component of marijuana.

Furthermore, Congress created section 280E of the Internal Revenue Code during the height of the War on Drugs in order to prevent drug dealers from claiming deductions for business-related expenses. The current result of this legislation is that state-legal cannabis businesses are now being prevented from claiming most business expenses and are instead limited to cost of goods sold (COGS) deductions to offset their tax liabilities.

The short answer for businesses that provide CBD related products and services is that section 280E still applies. The only case where businesses might be able to claim deductions is if they can prove that the CBD came from an industrial hemp source that is legal per state law. As a result, CBD companies should refer to state laws regarding taxation for CBD businesses given that hemp laws are different in every state.

For more information, and to send Derek questions, visit californiacannabiscpa.com