The DEA’s attempt to criminalize the status of cannabidiol (CBD) earlier this week has thrown the cannabis industry into an uproar. Hundreds of thousands of patients around the country rely on non-psychoactive CBD products to manage pain, inflammation, seizures, and other medical conditions. Hemp-derived CBD oil was, and continues to be, sold openly in American markets.

The DEA’s notice in the Federal Register on Wednesday, however, sent that entire industry sector into turmoil. The rule creates “unfair barriers for companies with cannabidiol in their products,” said Mark Malone, executive director of the Cannabis Business Alliance. “Patients will be forced to find cannabidiol from the unregulated black market.” Leah Heise, CEO of Women Grow, said the rule “has the potential to inflict substantial harm to a legitimate industry that has been operating legally worldwide for over a decade.”

The DEA tried this before. In 2001 it tried to ban hempseed oil. And Doc Bronner kicked the agency’s butt in court.

Cloaked in the guise of a bureaucratic technicality, DEA Administrator Chuck Rosenberg made an aggressive bid to wrap CBD into the Controlled Substances Act as a federally illegal Schedule I drug. You can read more about the rule’s specifics here.

To recap: The DEA introduced a new drug code for “marihuana extracts.”  In the course of doing so, Rosenberg paused to consider the question of non-psychoactive cannabidiol (CBD). Rosenberg made it clear that the DEA considers all CBD to be illegal simply because it’s derived from a plant of the genus Cannabis.

Over the past 48 hours, attorneys and legal scholars (and entrepreneur/activists like Harborside Health founder Steve DeAngelo, above) have pushed back with force. Many are arguing that the DEA’s move is a clear instance of illegal agency overreach. It’s a move that the same agency tried 15 years ago, in fact. And that attempt was ultimately slapped down by federal courts.

Is my CBD oil illegal?

Probably not. It depends on how you define “illegal.” Not to get cute, but when you start parsing the finer points of cannabis law things quickly turn vague and shifty. By publishing a final rule in the Federal Register this week, the DEA has essentially staked out new legal ground around CBD. The agency has formally stated that the DEA believes CBD products to be illegal Schedule I substances.

Is that now the law? Not necessarily. A federal judge might well see things differently than the DEA administrator. In fact, there’s a lot of evidence to think that federal courts could and would invalidate the final rule as it pertains to CBD. We’ll get to that in a minute.

Two safeguards protect patients who currently buy and use CBD products. They remain in effect.

First, you should know that there are two prominent safeguards in place protecting patients who currently purchase and use CBD products.

The first is the Rohrabacher-Farr amendment, which prohibits the Justice Department (of which the DEA is a part) from interfering in any way with state medical marijuana laws and regulatory systems. CBD products fall under the protections of that amendment. This includes so-called CBD-only states, which allow patients to possess cannabidiol oil but not psychoactive THC. So the DEA may consider CBD oil illegal, but the agency can’t enforce that opinion in any of the 28 medical marijuana states (plus the District of Columbia), or any of the 16 CBD-only states. 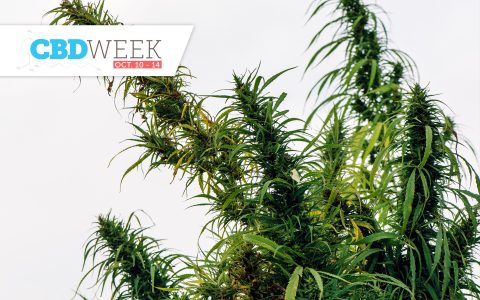 CBD vs. THC: Why is CBD Not Psychoactive?

There are a couple caveats to Rohrabacher-Farr, however. It doesn’t pertain to federal jurisdictions such as National Forests or National Parks. And the amendment must be reauthorized through Congressional spending bills. The latest re-up happened on Dec. 9, but it only runs through April 2017, at which point it would have to be reauthorized again.

The second protection is the 2014 Farm Act, which carved out an excemption to the Controlled Substances Act for states engaging in hemp cultivation pilot projects.

Cannabis industry veterans who have been in the game a while must have felt a sense of deja vu when they read the DEA’s final rule this week. Because the agency tried the same maneuver more than a decade ago. Back then, cannabis and hemp advocates took the DEA to court—and the DEA lost.

‘The DEA cannot create a statute. That can only be done by Congress.’

“The DEA cannot create a statute,” Robert Hoban told me in an interview earlier this week. Hoban is a Denver-based attorney who specializes in cannabis law. He’s also an adjunct law professor at the University of Denver. “That can only be done by Congress.”

Hoban mentioned legal precedent established by a case involving hemp products more than a decade ago. “Look at the HIA versus DEA case.”

So I did. Here’s how that worked out.

On October 9, 2001, the DEA published what it called an “Interpretive Rule” stating that “any product that contains any amount of THC is a Schedule I controlled substance.” The rule would have banned all hemp and hempseed products, including hempseed oil. 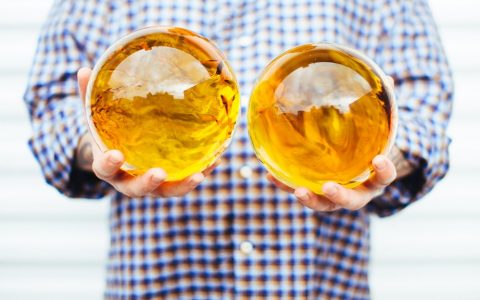 With sneaky bureaucratic maneuvers like this, timing is everything. On October 9, 2001, Americans were still reeling from the shock of the 9/11 attacks. Nobody was paying attention to obscure hemp regulations in the Federal Register.

Nobody, that is, except a handful of hempseed oil companies whose products were effectively outlawed by the rule.

A coalition of those companies, led by Dr. Bronner’s Magic Soaps, challenged the DEA rule in federal court.

If the DEA wanted to schedule hemp, it would have to follow the rules. The agency couldn’t do it on its own.

The case took more than two years to find resolution, but ultimately Dr. Bronner’s, et al, defeated the DEA. In two separate rulings in 2003 and 2004, the US 9th Circuit Court concluded that non-psychoactive hemp had not been regulated by Congress under the scheduling system established by the Controlled Substances Act. Therefore, if the DEA wanted to schedule hemp, it would have to follow the established rules for doing so, which meant going through Congress. The DEA’s “Interpretive Rule” was not an interpretation at all, the judges said. It was an act of legislation. And only Congress can pass legislation. “The DEA has no authority” to regulate drugs that are not scheduled by Congress, the court concluded.

The new rule is on even shakier ground

Those cases, known collectively as Hemp Industries Association v. DEA, are the reason you can purchase hempseed oil at Whole Foods today. And it may be the hammer with which cannabis industry attorneys can smash the new CBD rule.

In fact, this week’s CBD rule may actually be more difficult for the DEA to defend than its hemp rule 15 years ago. 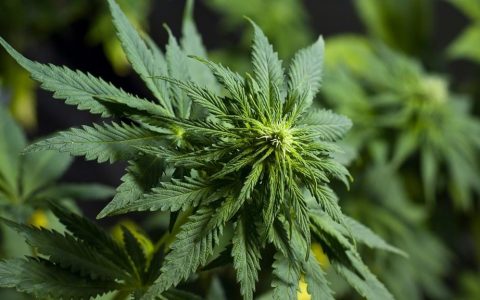 Why It’s Not Possible to Die from a Cannabis Overdose

At least the 2001 hemp rule directly addressed hemp. DEA Administrator Rosenberg’s attempt to pull CBD into the Controlled Substances Act as a Schedule I drug wasn’t even the point of this week’s rule. Rosenberg outlawed CBD under the guise of answering a question about CBD products that contained no other cannabinoids. But make no mistake: When it comes to Federal Register entries, there isn’t a word or a comma that isn’t vetted five times from Tuesday by a platoon of government lawyers. Rosenberg and the DEA knew exactly what they were doing.

On Thursday, Hoban said that his law firm was in communication with other cannabis attorneys and experts around the country. A singular or joint lawsuit challenging the DEA rule may be coming soon. Their chances against the DEA look promising. Hoban mentioned the earlier Hemp Industries v. DEA cases, as well as the recent challenges to the DEA’s attempt to ban Kratom. “Our team is diligently and expediently working to prepare a recommended strategy in response to the DEA’s Rule,” Hoban said.

So don’t throw out your CBD oil. And stay tuned.