Leaf Science – Exercise and Marijuana May Have Similar Effect On Pain 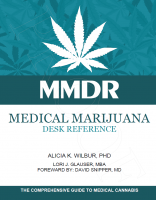 Scientists have brought new meaning to the term ‘runner’s high.’ Findings suggest that exercise can activate the same pain-relieving pathways as marijuana.

The euphoria and pain suppression that occur during high-intensity exercise were once believed to be the result of natural opioids called endorphins. But since the discovery of the endocannabinoid system in the mid-90s, evidence has pointed to natural marijuana-like molecules as the true explanation.

Published in the journal Neuropharmacology, new findings from Brazil confirm the role of the endocannabinoid system in exercise-induced pain relief.

“These results indicate that exercise could activate the endocannabinoid system, producing antinociception.”

In the study, rats that underwent high-intensity exercise showed greater tolerance for pain – caused by changes in CB1 receptors of the brain.

CB1 receptors are activated by compounds in marijuana as well as naturally-occurring cannabinoids such as anandamide. In either case, activity of CB1 receptors has been shown to interfere with pain signaling at both the brain and spinal cord level.

Interestingly, in areas of the rat brain involved with pain regulation, exercise appeared to increase both the activity and availability of these receptors. Blood levels of anandamide were also higher after exercise.

The results, the authors suggest, could be useful for treating pain in certain groups of patients.

Our results demonstrated that moderate intensity exercise is effective at inducing antinociception, which can be of great importance for the treatment of several clinical pain conditions.”

Pain relief from exercise has been documented since the 1980s, but has yet to be properly explained, they add.

While more research needs to be done, previous studies involving human subjects have also shown higher endocannabinoid levels following exercise, suggesting that the same system might be at play in humans.

Launch or Expand Your Cannabis Business with the Industry’s Top Experts.

The post Exercise and Marijuana May Have Similar Effect On Pain appeared first on CANNAiQ.