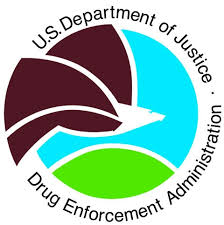 The United States Drug Enforcement Administration has decided to reject a pair of administrative rescheduling petitions challenging the federal classification of cannabis as a Schedule I controlled substance with no accepted medical utility, according to advanced news reports published this evening by NPR, the New York Times, Reuters, and other news outlets.

The DEA is expected to formally announce their determination tomorrow morning in the Federal Register.

Although the DEA’s ruling continues to classify marijuana in the same category as heroin, the agency is also anticipated to advocate for regulatory changes that could expand the production of research-grade cannabis for FDA-approved clinical studies. Presently, any clinical trial involving cannabis must access source material cultivated at the University of Mississippi — a prohibition that is not in place for other controlled substances. Tomorrow, the agency is expected to take steps to permit, for the first time, multiple parties to apply for federal licenses to grow marijuana for FDA-approved trials — thus ending the U-Miss/NIDA monopoly on the production of material. This change was initially recommended by the DEA’s own administrative law judge in 2007, but her decision was ultimately rejected by the agency in 2011.

Below is a statement from NORML Deputy Director Paul Armentano regarding the DEA’s decisions:

For far too long, federal regulations have made clinical investigations involving cannabis needlessly onerous and have placed unnecessary and arbitrary restrictions on marijuana that do not exist for other controlled substances, including some other schedule I controlled substances.

While this announcement is a significant step toward better facilitating and expanding clinical investigations into cannabis’ therapeutic efficacy, ample scientific evidence already exists to remove cannabis from its schedule I classification and to acknowledge its relative safety compared to other scheduled substances, like opioids, and unscheduled substances, such as alcohol. Ultimately, the federal government ought to remove cannabis from the Controlled Substances Act altogether in a manner similar to alcohol and tobacco, thus providing states the power to establish their own marijuana regulatory policies free from federal intrusion.

Since the DEA has failed to take such action, then it is incumbent that members of Congress act swiftly to amend cannabis’ criminal status in a way that comports with both public and scientific opinion. Failure to do so continues the federal government’s ‘Flat Earth’ position; it willfully ignores the well-established therapeutic properties associated with the plant and it ignores the laws in 26 states recognizing marijuana’s therapeutic efficacy.

Under the U.S. Controlled Substances Act of 1970, the cannabis plant and its biologically active components are classified as Schedule I prohibited substances — the most restrictive category available under the law. By definition, substances in this category must meet three specific inclusion criteria:

The substance must possess “a high potential for abuse”; it must have “no currently accepted medical use” in the United States; and, the substance must lack “accepted safety for use … under medical supervision.”

Substances that do not meet these criteria must, by law, be categorized in less restrictive federal schedules (Schedules II through V) and are legally regulated accordingly. Alcohol and tobacco, two substances widely acknowledged to possess far greater dangers to health than does cannabis, are not classified under the Controlled Substances Act.

The DEA has previously rejected several other rescheduling petitions, including a 2002 petition filed by a coalition of marijuana law reform and health advocacy organizations, and a 1972 petition filed by NORML. The petitions that triggered this latest DEA action were filed in 2009 by a nurse practitioner and in 2011 by then-Govs. Christine Gregoire of Washington and Lincoln Chafee of Rhode Island.

NORML will continue to update this story as more information becomes available.