“Grow your own freedom!” That’s the slogan for a seed giveaway campaign, Seeds for Seniors, put on by Czech NGO Legalizace that’s now in its ninth consecutive year. Starting at the Cannafest fair in Prague on Friday, Nov. 11, thousands of Czech nationals and others will be able to obtain top-quality cannabis seeds for free, allowing them to grow plants at home and make their own herbal medicines.

In the Czech Republic, where cannabis is widely tolerated, these small acts of of civil disobedience are what locals call “legalization from the bottom up.”

Every Adult is a Senior

Although the official name of the campaign, Seeds for Seniors, implies the seeds are given only to the elderly, every adult person can apply for them, as Legalizace states on its website.

A typical “senior” is Aleš Holík, 27, a plumber from a picturesque village in Northern Bohemia who has been growing cannabis seeds obtained solely through the giveaway program for about five years. “The genetics are always top-notch,” he told Leafly, “although some people may be discouraged by the fact that most of the seeds are not feminized. I personally like to work with male plants and create my own strains, so I don’t really mind regular seeds.”

Holík explained how he makes ointments and extracts for his 85-year-old grandmother and his 15-year-old Labrador retriever, Sara. “Both of them suffered from ailments typical for their advanced age—joint pain, arthritis, insomnia, lack of appetite—but thanks to these homemade cannabis remedies, their pain is relieved, they sleep more, and better, and they also gained some weight. Sara is going to be 16 soon, which is quite old for a Labrador, and she looks and behaves as if she were 8!”

How the Czech Republic Became a Leader in Cannabis-Infused Topicals

Cannabis seeds are perfectly legal under Czech law, and Legalizace.cz is happy to supply as many adults as possible without charging them a penny. Applicants pay only for the envelope and postage. The campaign is possible thanks to the support of Czech breeders and seedbanks, along with seed companies and breeders from the Netherlands, Spain, Switzerland, and other countries, who supply the organization with tens of thousands of their own seeds.

“We receive more than three thousand applications annually,” the NGO’s chairman, Robert Veverka, told Leafly, “and so far we have always managed to satisfy them all. But it’s always a struggle to meet our goal: providing each applicant with at least five seeds. That is why we are constantly on the lookout for new partners among seedbanks and breeders.”

Veverka noted that the vast majority of applicants are, in fact, seniors—people aged 50 and older, many of whom have serious health issues. “The demand is rising steadily every year as more and more people—especially older generations—are discovering the therapeutic effects of this plant,” he said. “Plus our medical cannabis law is totally nonfunctional and an insult to all sick Czechs who could benefit from using cannabis.”

As applicants receive their seeds and experiment with growing at home, it also enriches their understanding of the cannabis plant and its uses. “This growing knowledge goes hand in hand with a growing demand for specific medical strains, usually high CBD varieties, and for specific diagnoses,” Veverka said. 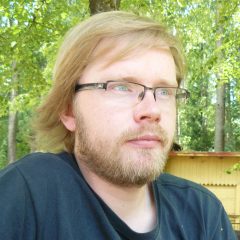