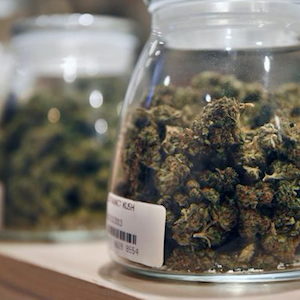 Recreational cannabis is now legal in four states and the nation’s capital, with more states likely to follow suit this year. Even the federal government is reconsidering the legal status of cannabis, but the status of the recreational market is still in a constant state of flux around the nation. Even in legalized states, lawmakers and voters are still figuring out how to oversee every facet of this new industry.

With so many aspects to consider, we can at least compare cannabis laws among the small sample of states with functioning recreational markets—Colorado, Oregon, and Washington—for guidance on our path toward national legalization.

Colorado merged its existing medical industry with its new recreational one almost seamlessly. Initially, they only allowed medical dispensaries to conduct recreational sales in 2013. Recreation-only shops were permitted to open their doors on October 1 of the same year, giving the industry the opportunity to grow gradually.

For now, Oregon allows recreational users to purchase limited amounts of cannabis (flower only) at certain medical dispensaries, but this allowance is due to expire this year.

Recreational measures in Colorado and Washington leave room for local governments to adopt ordinances that restrict or ban the sale of recreational cannabis. Local governments in Oregon can make restrictions, but they can only prohibit shops outright by popular vote.

Colorado and Oregon permit licensed growers to produce, process, and sell their own cannabis at retail locations.

Washington bans such vertical integration. Pot growers, processors, and retailers must all be separate, keeping pace with the similar structure of their alcohol laws.

Colorado and Oregon never placed limits on the amount of space devoted to growing cannabis. Washington, on the other hand, caps overall production to a maximum area of two-million-square-feet, cutting off the supply of legal cannabis in a counter-intuitive effort to limit the amount diverted to black market sales.

Colorado limits cannabis grown for personal use to six plants and Oregon to four. Washington is uniquely restrictive when it comes to personal grows, making home cultivation a felony punishable by up to five years in prison.

Colorado has by far the steepest licensing fees for cannabis businesses, charging between $2,750 and $14,000 annually along with an initial $5,000 application fee. Oregon charges up to $5,750, depending on the type of license.

Washington requires a comparatively reasonable payment of $1,000 annually for all license types. There’s a finite supply of retail licenses available in Washington however, with the state capping licensing to 334 recreational stores, distributed according to population.

All three states require cannabis businesses to be at least 1,000 feet away from schools and other childcare centers. Colorado goes a step further by adding drug treatment centers and competing businesses to that list. Washington goes overboard with a good idea, prohibiting businesses near parks, libraries, video game arcades, and transit centers, severely limiting the supply and competition between pot shops in urban areas.

Oregon’s cannabis retail tax is currently set at 25 percent, but when recreational pot shops begin opening later this year, that rate will fall somewhere between 17 and 20 percent, depending on local provisions. Colorado cannabis is subject to the 2.9 percent state sales tax, plus a 10 percent cannabis-specific sales tax, and any local taxes.

In July 2015, Washington scrapped its previous tax system charging cannabis growers, processors, and retailers 25 percent at each point of sale in favor of a new policy that charges 37 percent on retail sales, placing the burden solely on consumers.

As a rule, legal recreational cannabis is more expensive than medical, and medical is more expensive than the black market. As it stands today, recreational weed is generally cheaper in Colorado, where there are more pot shops than in either Washington or Oregon, allowing competition to be greater. The cheapest cannabis is around large urban areas.