Those of us in the Hawaii Cannabis Organization have longed believed that Cannabis will emerge not only as a treatment for symptoms of disease and effective antibiotic but also as preventative medicine. 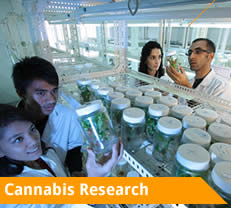 The Federal government reached similar conclusions before they patented THC in 1999. Read U.S. Cannabis patent. The abstract provides valuable insights into the US Department of Health findings on Cannabis research.

“Without urgent, coordinated action by many stakeholders, the world is headed for a post-antibiotic era,” “Common infections and minor injuries, which have been treatable for decades, can once again kill,” he continued, explaining how antibiotic resistant bacteria are now one of the top health concerns of the world. -Dr. Keiji Fukuda, the Assistant Director General for the World Health Organization’s Health Security department (Read the full World Health Organization report)

The situation has become so severe that in late 2014, President Obama issued an executive order devoted to combating antibiotic resistant bacteria, which he called “a serious threat to public health and the economy.” Research into MRSAs (Methicillin-resistant Staphylococcus aureus) have demonstrated a need for $1.2 billion to the annual budget for the establishment of a special task force devoted to the issue, one that would develop an action plan for stopping the fast spread of antibiotic resistant bacteria like MRSA.

“The most practical application of cannabinoids would be as topical agents to treat ulcers and wounds in a hospital environment, decreasing the burden of antibiotics,” said Giovanni Appendino, a professor at Italy’s Piemonte Orientale University and co-author of the study. The study conducted by a team of British and Italian researchers had already found that one of the world’s most commonly cultivated plants could stop MRSA in its tracks: marijuana. Read Antibacterial Cannabinoids from Cannabis sativa: A Structure−Activity Study

Given time, the excitement and hype will even out. Our hope is that patients will not suffer during this period of enlightenment for some Doctors, Patients, Government officials and law enforcement agencies who continue to ostracize the plant from the people who need it most.

View the full article with more links and citations.