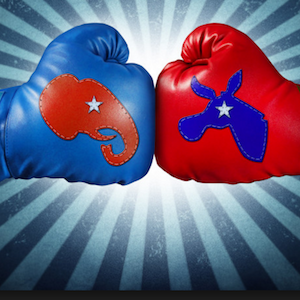 In November, will you be dropping a dab or a ballot? Hopefully, you’re doing both. Fifty-eight percent of Americans support legalizing marijuana, according to a 2015 Gallup Poll. That means that 2016 could be the year that cannabis leaves the shadows and shines in the spotlight. Twenty states are looking to pass cannabis laws and, even more importantly, cannabis is on the national stage.

Get educated to use your vote to make a difference.

A vote for Hillary is a puff for cannabis. She’s expressed support for legal access to medical marijuana and has promoted the idea of more research on its benefits.

“I absolutely support all the states that are moving toward medical marijuana, moving toward—absolutely—legalizing it for recreational use. Let’s take it off the what’s called Schedule I and put it on a lower schedule so that we can actually do research about it.”

Sen. Sanders is feeling the burn for bud. In November 2015, he stated that he would remove marijuana from the federal drug schedules and ensure states would be allowed to regulate cannabis similarly to alcohol. His plan would allow marijuana businesses to access banking services and apply for standard tax deductions.

“In the year 2015, it is time for the federal government to allow states to go forward as they best choose. It is time to tax and regulate marijuana like alcohol. It is time to end arrests of so many people and the destruction of so many lives for possessing marijuana.”

Maybe being high would make it easier to know what a vote for Trump would mean. In 1990, Trump said he favored legalizing all drugs. However, he has regularly waffled on his stance but has most recently claimed a “hands-off” approach to state cannabis laws.

“In terms of marijuana and legalization, I think that should be a state issue, state by state. Marijuana is such a big thing. I think medical should happen. And then I really believe we should leave it up to the states.”

To read the State by State initiatives, visit DopeMagazine.com