After the first presidential debate, Hillary Clinton and Donald Trump are both desperately seeking ways to connect with voters. One idea that’s been floated: Why not embrace cannabis legalization? The thinking here is simple. Millennials love cannabis. Support their love, gain their vote.

A few weeks ago the Harmonious Code Council, A Washington, D.C.-based advocacy group, sent a letter to Trump’s campaign making the argument that a move to support the removal of medical cannabis from the Controlled Substances Act would be “a win-win situation for conservative states-rights supporters, and liberals who want medical marijuana.”

Is Hillary Clinton Evolving on Cannabis? Maybe. Slowly. A Little.

With the two campaigns neck-and-neck in the running, could the promise of support for cannabis be the solution for either camp?

Endorsing cannabis legalization might not be a slam-dunk for either candidate, but it could sway millennial voters in their favor. Because when it comes to cannabis, no demographic group supports the issue like millennials.

Could the promise of support for cannabis be the solution for either camp?

In fact, one study suggests that 23 percent of young Americans (aged 18-29) would be more likely to participate in an election if cannabis legalization were an issue on the ballot, as it is in nine states this November.

Is there a risk? Possibly.

Both Trump and Clinton need to appeal to older, educated women. Some would say Clinton has that vote in the bag, but would a step towards legalization alienate that demographic? And would a step away from cannabis earn Trump more educated, female supporters?

In the battleground state of Florida, the gender divide is more pronounced. In Florida, 57 percent of men and 49 percent of women support legalizing cannabis for personal adult use.

Winning some of those swing states is a critical part of each candidate’s road to victory. Right now, Ohio is leaning Trump with 42.7 percent, but Florida and Pennsylvania both lean Clinton, with 43.8 percent and 43.6 percent, respectively. 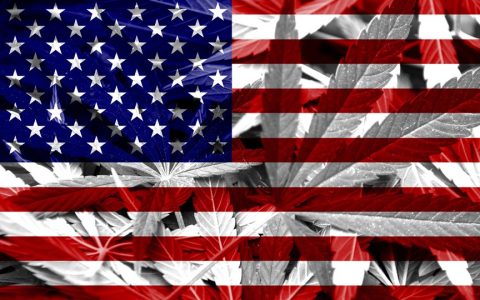 Moving Away From Cannabis

As it stands right now, both candidates seem to be actually moving in the opposite direction of legalization.

Trump continues to trot out New Jersey Gov. Chris Christie as one of his main champions. Christie, a famously passionate prohibitionist, worked the room as a spin doctor for Trump immediately following Monday night’s debate. There is widespread speculation that Christie could be a prime candidate for attorney general in a Trump administration, which would put him in charge of the nation’s cannabis enforcement policy. 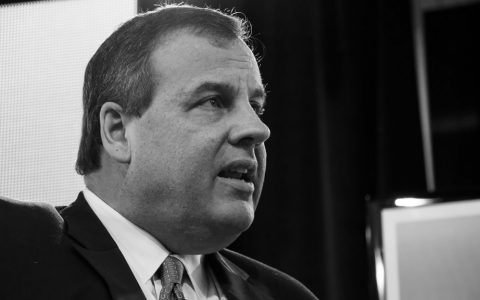 Chris Christie Wants to Shut Down the Cannabis Industry

As for Clinton, lately her allies have had more to say about cannabis than the candidate herself.

Earlier this week Chelsea Clinton came under fire for her remarks during a town hall meeting at Youngstown State University in Ohio. When asked to clarify her mother’s position on medical cannabis, Chelsea offered this:

“Anecdotally, we have lots of evidence in the area you talked about, in epilepsy, but also in autism, in stimulating appetite for people who are on an intensive chemotherapy regimen, for people who have non-epilepsy seizure disorders and challenges.

“But,” she continued, “We also have anecdotal evidence now from Colorado where some of the people who were taking marijuana for those [medical] purposes, the coroner believed after they died, that there was drug interactions with other things they were taking.”

Nobody inside or outside Colorado has any idea what she’s talking about.

It’s unclear which coroner evidence Chelsea Clinton was referring to, and two days after the Youngstown speech, a spokeswoman for the younger Clinton backtracked on her behalf, saying that Chelsea Clinton misspoke.

Would a Cannabis Embrace Just Backfire?

Both candidates have struggled to gain traction with millennial voters. Many millennials are disenchanted with the current political atmosphere, which partially explained the popularity of Bernie Sanders.

A significant portion of the millennial vote may be lost to third-party candidates Jill Stein and Gary Johnson. Both strongly support cannabis legalization. Stein is polling just above 2 percent, while Gary Johnson currently holds around 7 percent of the votes.

In the grand scheme of things, cannabis legalization isn’t the most important issue on any voting bloc’s mind this election. Not even among young, hip millennials. When asked to rank their concerns, millennial voters were much more concerned with issues related to the economy, jobs, and the minimum wage. Millennial voters are also concerned with college affordability, which would explain some of the popularity of Bernie Sanders and his plan to offer free college tuition. Global warming is another issue that ranks highly in millennial concerns, although neither candidate has made much of an attempt to address these concerns. 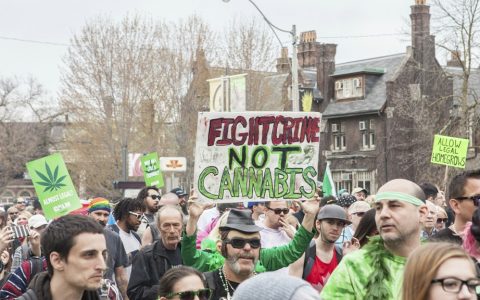 A play for cannabis legalization could be construed as a last-ditch effort to gain more support among the young, disenfranchised Bernie-or-Bust crowd, the millennial voters who plan to use their vote as a form of protest against mainstream candidates they feel don’t adequately represent their concerns.

Still, in a race as close as this one, those millennial voter numbers could make a difference in the final days of the election. If either candidate chose to take a bold stance on cannabis, it could push one candidate over the edge on Nov. 8.